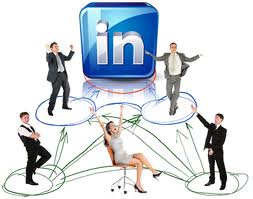 While much has been written about how lawyers can have successful blogs, including two recent articles by us at Knapp (see Law Blog Best Practices and Five Ways Lawyers Screw up their Blogs), the truth is that some lawyers have no business starting a blog. Perhaps their practice area is inundated with blogs of all niches or perhaps they just aren’t predisposed to the writing and management required of successful blogs. Fair enough. But they don’t have to give up on the social media landscape entirely.

I recently worked with an attorney who had identified a missing opportunity in his market. He was a member of real estate-related LinkedIn Groups, and he actively participated in these groups, but the groups weren’t focused on his local market. Knowing that his hometown had a thriving real estate community and its own specific issues (it’s a well-known tourist destination), he started planning his own group for local real estate professionals. With careful planning and maintenance, he saw his group grow to over 150 professionals in just 30 days, and he even picked up a new matter from a group member during this time. Cha-ching – SUCCESS!

So what did this attorney do to lay the foundation for a thriving group?

This attorney researched the current LinkedIn groups for real estate as well as professionals of all industries within his local market. He made sure that his group would fill a void in the market, and he also reviewed the membership of other groups to confirm that his target audience was participating in these other LinkedIn groups – hoping to eventually lure them to his by providing a valuable network.

He understood that he would need to invite his own contacts to get the group up and running. Months before launching the group, he began building and categorizing his LinkedIn contacts by region and industry. He set aside time to do this every day for several months so he would have the quantity of contacts needed to start the group as well as having earmarked the appropriate contacts to invite. Put simply, he identified his target audience.

You know the saying, you need to walk before you can run? It’s true for starting a LinkedIn Group, too. Our attorney set aside an hour each Friday to post articles to groups he had already joined, as well as to his entire network. He also participated in discussions within these groups. This helped him to get used to the ongoing commitment required of managing a LinkedIn group, and it also educated him as to what works best in terms of providing quality content that spurs group conversations.

As I worked with the attorney on these initial steps, he reminded me of something that we all need to remember. Active, ongoing participation in anything – whether for business or pleasure – requires that you enjoy it. If you dread logging in to LinkedIn, then starting a group isn’t for you. But if you think this may start to “get a little bit fun,” as he did, then you know you are on the right path.

Look for our second post in this series next week.