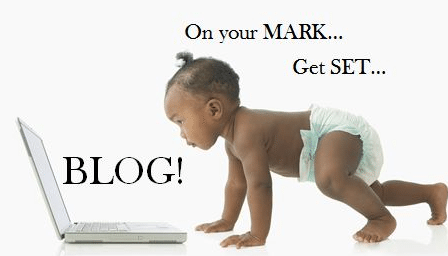 Imagine that you were listed as one of NLJ’s Most Influential Lawyers in America….at age 42….and that while your credentials included arguing 28 cases before the Supreme Court, the NLJ noted that your blog was your “most visible accomplishment.”

What if your blog was responsible for your being granted press credentials from the United States Supreme Court for a closely watched patent law case?

At Law Firm Media Professional’s (LFMP) April meeting, which Amy Knapp organized and moderated, attendees had an inside look at the development of these two very popular blogs. The speakers were Kali Borkoski, manager of the SCOTUSblog, and Gene Quinn, founder and editor of IPWatchdog. The panelists offered numerous insights into their successful blogs, which can be applied to attorneys in all practice areas.

Treat your blog like the business investment it is and get a plan. Gene noted, “If you are doing this to become a thought-leader – it’s a business and you have to have a plan.” That said, a blog strategy needs to be allowed to evolve over time and be flexible based on changes in a practice area or readership. Gene started IPWatchdog fresh out of law school, so he did what he knew best:  he posted patent law case summaries. As years went on, he began seeing disparities in rulings among the cases he covered, so he started writing about that in his blog. SCOTUSBlog was born as a marketing tool for Tom Goldstein and Amy Howe, thinking that if they wrote smart things about Supreme Court cases in which they were involved, clients would come. When they brought in a seasoned Supreme Court reporter, the blog transitioned to cover a broader range of content.

Blogs aren’t about overnight success, so prepare to put in your time: Gene commented that it takes at least 18 months to start getting real traction from a blog, noting that this might require hiring people to help with SEO and design. To do it more organically, he thinks 36 months is more realistic.

A blog is like a boat: maintain it or it sinks: Gene’s cardinal rule when it comes to blog frequency is that “you cannot overpromise.” He pointed out that if you tell fans that you’ll publish on Monday, Wednesday and Friday, you might get a pass if you miss one posting, but if you miss anymore deadlines you’ll be deemed unreliable.

In contrast, SCOTUSblog requires that their blog posts closely follow Court developments. They have a staff writer and an unlimited number of guest posters to help with the demands of the Supreme Court schedule.

The decision to have an editorial voice or not is crucial: When it comes to content, SCOTUSblog guest writers are given specific guidelines as to the writing style of the blog. Also, since SCOTUSblog founders Tom Goldstein and Amy Howe appear before the Court, it’s critical that the blog doesn’t have an editorial voice and that they are careful how they present any commentary. If there is commentary, an effort is made to bring in opinions from both sides in order to be as objective as possible.

For Gene, he thinks about what he wants each piece to be, and who the audience for that specific post will be (he recognizes that the audience per post differs), before determining if he’ll write an opinion piece or perhaps more direct reporting or industry advocacy.

When asked if writing opinions has ever come back to bite him, Gene didn’t have any specific examples, but suggested that attorneys consider if writing an opinion will help a client, as well as what you can do from a political perspective within the firm. He suggested that bloggers have a list of what they shouldn’t say anything negative about.

And when it comes to writing style, Gene summed it up by saying, “Lawyers don’t want to write or read blogs in legalese.” The content must be something worth reading, otherwise you are wasting your time.

Guest bloggers bring eyeballs and lighten the load: Gene suggested guest blogging as a way to jumpstart the visibility of a new blog (IPWatchdog will link to guest writers’ blogs and publish their blog logo). Kali mentioned that SCOTUSblog frequently enlists lawyers and academics to cover cases. Gene also made the point that guest blogging is a good option for attorneys who don’t have the capacity to maintain their own blog, as bloggers are always looking for good, snappy content.