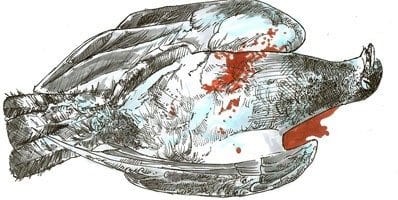 New from David Maister: How to Build Accountability in a Law Firm

In March 2013, I spoke at a law firm retreat on a Friday afternoon, after which David Maister emerged from retirement to speak for three hours on Saturday morning.  If you get nothing else from this blog post, I hope you will note that this makes me the warm-up band for David Maister.

Having read most of his books, I had high expectations.  Maister exceeded them.  His theme was about achieving success by demanding accountability of yourself and your partners.  The essence of accountability is this: don’t preach and then allow anyone to not practice.  Say what you really mean.  If you are going to set standards for partnership in your firm, the future of the firm depends on ensuring those standards are upheld.  Disregard those standards for one partner and the standards are worthless: all hope of quality and forward progress is gone.

As anyone who works in or with law firms knows, this mandate is aspirational at best.  About once a year, we all live through that optimistic time of business development plans and law firm retreats where we set targets, articulate mission statements, and are inspired by the likes of David Maister.  Living the dream through the other 364 days is quite another story.  The reality of the law firm model takes hold.  Hey – we are all partners – we all have the same rights – we work here because we aren’t going to be told by management what we can and cannot do – I wouldn’t want someone to tell me what to do, so why would I tell someone else what to do?

David’s got a handy solution he calls “Shoot the pigeon.”

David recommends moving toward accountability one reasonable step at a time.  Harkening back to his great article and book, “Strategy and the Fat Smoker,” he sagely recommends you don’t lose weight and stop smoking at the same time.

What does this have to do with training pigeons?  Draw a little box with a

pigeon in it.  Now draw a line fairly close to the pigeon – nothing too far away or challenging. That represents the pigeon’s first goal that the pigeon has chosen for itself.  It’s very important that the firm doesn’t dictate the goal, but every partner MUST have a personal strategic plan.   Everyone has to choose something he or she will be famous for.   That’s the goal, and the first incremental step in achieving that goal is the line – the one that’s drawn pretty close to the pigeon.

Look at the line that is drawn very close to where the pigeon is right now (that’s a small, near-term goal).  Give the pigeon incentive and see if he crosses that first line.

If the pigeon is unwilling to participate, shoot the pigeon.  (Cue uncomfortable laughter from the lawyer audience here.)

Of course, there is a process for creating success.  Have the practice group leader show up every quarter and ask, “What can you get done in the next quarter that represents an activity that’s an advance toward your goal?”  Pick something that you promise and shake hands.  Now David has us repeat the magic words after him:  “Come on pigeon! You can do it! I will help you!”  Celebrate and cheer each small success.

According to David, there is almost no celebration inside of today’s law firm.  We just wait until the end of the year, then cut under-producer’s pay and say “That’ll teach ‘em,” which is not exactly a positive human reinforcement system.  A series of small, celebrated successes is what gets the pigeon to the finish line.

“I’m trying to describe something that is not meant to be brutal, and has lots of support, but has standards.”