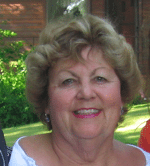 How My Mom Could Have Saved Dewey LeBoeuf

My mother is a sweet homemaker who bakes a [soul-affirming] pie nearly every day.  She quilts up a storm, has the cleanest house you have ever seen, and in general runs a pretty tight ship. This apple-cheeked grandma also has a good many tart responses for those who, in her estimation, don’t choose to exercise the good sense that God gave them.

I learned, often on the edge of Mom’s tongue, the principles that are critical to my daily work with lawyers and law firms. If the managers at Dewey Leboeuf counted her among their kitchen cabinet, they probably wouldn’t be where they are today. Here’s what I can hear her saying:

If it seems to good to be true, it is.

If you have read any of the press surrounding Dewey’s demise, then you know we’re going to reference huge guaranteed salaries for laterals now. In retrospect it seems so obviously dangerous, so filled with hubris and a lack of caution that anyone who hears about it is tempted to bang their forehead on the keyboard. And yet, a whole lot of extremely intelligent people, perhaps blinded by the dream of riches or just hopes that this will work out for them because they are unbeatable, let it happen. The wishful thinking aspect of such a policy would seem blatantly obvious to almost any one you would meet in the street, much less highly educated and experienced attorneys who manage the risk of corporate America on a daily basis.

Wanting it to be so does not make it so.

One of the first times I interviewed a lateral candidate, I left that interview confounded. Had the managing partner and several practice leaders really met him? When I asked, they said, “What do you mean? Harvard! Top 10%! Am Law 25 firm! Minority!”

They evidently met his resume but didn’t see much about the person in front of them. On paper this person was amazing; IRL, not so much. And with no job to preserve or axe to grind I gave them the obvious answer: It wasn’t his current firm’s fault he didn’t have business – he probably wouldn’t have any at our firm either.

I don’t mean to imply that the laterals at Dewey were bad picks. I’m just saying that managers who are blinded — by great credentials or dreams of an ideal future or admiration for their own agenda – often don’t make prudent business decisions.

If ‘everyone’ jumped off the roof, would you do it too?

Merger mania has it that one simply can’t “compete in the global marketplace” with out being a bazillion attorneys. So, firms merge repeatedly until a bazillion attorneys who don’t know each other or share the traditional bonds of partnership are all vying for the biggest share of a burgeoning pot. And when the going gets rough, these partners don’t know or support each other. They have no idea how to pull together, or take one for the team, or be patient for a year or two to get over what may have been a bad decision. Instead, they take their toys and bargain their way into the next lucrative hotelling arrangement.

There are other options that allow venerable firms to preserve their cultures and values and keep strong internal relationships. Just because ‘everybody’ is doing it does not mean it’s best or necessary or even professionally satisfying and rewarding.

At least, that’s what my mom told me.