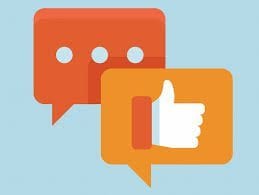 While Chambers submissions may seem like a time drain of epic proportions, direct positive benefits can be gained in the process far beyond the ultimate rankings themselves. Asking clients and colleagues to act as references on your behalf is more than just asking a favor that will help you gain recognition in this esteemed publication – it is a business development opportunity in and of itself.

Since recently joining Knapp Marketing, I have been counselling many law firms as we enter the busy season for Chambers submissions. I always recommend that my clients choose referees who will have the time and ability to actually respond to the Chambers interview requests: while the General Counsel of the Fortune 500 Corporation with whom you worked on a major deal has a high level title and may have even made your initial hire, he may not appreciate being asked to give up thirty minutes of his time to speak to a researcher. A Managing Partner of an international firm may be famous in your field, but perhaps it was the associate with whom you burned the midnight oil on significant transactions who can really talk about the details of the case on which you worked together, your ability to handle challenges, and your work ethic.

I also strongly recommend that you contact all prospective referees well in advance of the date that Chambers may be following up with them. Once a client of mine contacted one of his favorite co-counsels to ask her to be his Chambers referee: he found out that she was planning an imminent move to another firm. By having the conversation, he not only avoided making a major mistake on his submission form, but he was able to start forging connections with an entirely new firm and potential source of business. On another occasion, a lawyer whom my client believed would have no objection to the public mention of the matter in question let it be known that he would prefer that it remain confidential. Imagine the damage which might have resulted to that relationship if that conversation had happened after Chambers had contacted them, instead of the attorney checking it out ahead of time?

Ultimately, reaching out to potential referees can be a meaningful way of letting your clients and contacts know you value the work you have done together. It is also a way to get them up to speed on what you have been up to lately. If your deal was ten months ago, fill them in on what you have been working on, or make a date to have lunch and catch up. Every touch in the business development pipeline can bring you closer to generating more business. The dreaded Chambers reference phone call can instead be considered one more opportunity to remind your contacts of the value you bring. Remaining top of mind with them may make the difference the next time they really need help.