PR in the Age of Alternative Facts

Pitching stories for our legal clients in the days following January 20th, one fact is abundantly clear: like everything else since the inauguration of the new US president, public relations has changed dramatically. 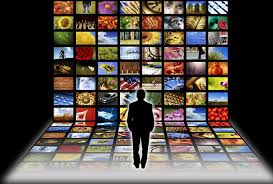 The news cycle, already accelerated with the advent of social media and 24-hour news, has sped up exponentially. As we raced to pitch our clients to comment on the Affordable Care Act, suddenly immigration experts were in demand to comment on the travel ban. In the midst of pitching them, the focus spun to upheavals at government agencies.  Within hours, that was old news, and everyone was on the Supreme Court appointment. How is a PR professional to keep up?

Additionally, stories that one month ago would have caught the eye of mainstream publications are now pushed to the back burner. There is less time for trend stories, thoughtful analysis or scholarly commentary when executive orders and Tweets come fast and furious. Our clients are now competing for media space with the President of the United States.

Donald Trump’s self-proclaimed war on the media adds to the chaos. When respected outlets like The New York Times and CNN come under attack, reporters are suddenly on the defensive and are forced to further engage in the fray to justify their coverage. Our friends in newsrooms across the country, already demoralized by dwindling budgets and audiences, sound beleaguered by the constant drumbeat accusing them of fake news and alternative facts.

We are starting to see the chilling effect – not only upon the media itself but on our clients in the legal industry. With uncertainty over where the administration may choose to retaliate, spokespersons may hesitate to compromise their clients’ interests by publicly commenting on a growing number of inflammatory stories in the news.

Even PR professionals, accustomed as we are to being called hacks and hired guns, are suddenly facing a looking glass world where the old rules encouraging honesty and integrity no longer apply. Where we once forged relationships with the press based on offering timely reliable sources and stories, talking heads are spouting outrageous spin, negating our efforts to maintain best practices in our industry.

Now more than ever, media professionals must hold fast to the ethical code which until recently was revered within the industry: a commitment to evidence-based analysis, robust debate and objective truths. Effective communication efforts are rooted in basic integrity: whether we are speaking to our clients or the press, or crafting messaging aimed at specific audiences, true credibility and effectiveness come not from dazzling wordsmithing and spin but from underlying honesty.